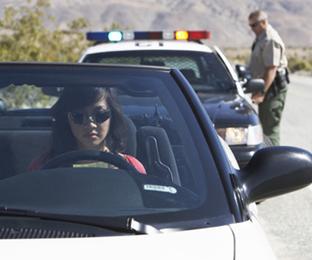 By Darren Chaker : This is a short post concerning the success found in Publius v Boyer-Vine directed at Government Code § 6254.21, a California police privacy law. The attorneys on the case are stunning and far superior in First Amendment law than those the state could find to defend the statute. Prior to the blog being removed in Publius under a statute prohibiting public official addresses from being posted, I was advised it was illegal to republish public records which currently exist in the public forum. (Letter posted below) Numerous cases cites in the Publius opinion make it explicitly clear it is not against the law to publish a home address. Just prior to my case being filed to challenge the statute, the Publius case was in the works. I certainly wanted another First Amendment win after handling Chaker v. Crogan  428 F.3d 1215 (9th Cir. 2005) for seven years in federal court, then having ACLU and Joshua Rosenkranz eviscerate the state’s efforts to defeat me before the 9th Circuit and U.S. Surpeme Court. However, the initial case to challenge the statute was in the works, and know one of the attorneys involved in Publius, Eugene Volokh who assisted in Chaker v. USA in which I prevailed again on First Amendment grounds.

My issue with the statute is simple: I may lawfully obtain a public record, but cannot disseminate it in the same medium received if posted online. This applies to county recorder records, prior traffic tickets, divorce or other court records, etc. In short, I can obtain the information from a public record, I just can’t show it in an ‘as is’ state. (?) I believe that is unconstitutional. The rationalization to deny republication of public records is that public officials are entitled to some special treatment. While I agree some public officials have a dangerous job, like police, when was the last time you heard a police officer being targeted at his home? A judge? A Mayor? Personally, I have not, but am sure there are a few. However, it simply does not entitle people in Government to additional privacy people they serve are not entitled to.

The law also did not make legal sense to me. In Ostergren v. Virginia, it was found a law restricting the dissemination of social security numbers in public records to be unconstitutional, since the records were already public. The California law does the exact same thing, restricts my speech to speak on what is already public.

Additionally, I do not believe the mere posting of personal information does not alone suffice to establish a true threat. Similar laws restricting posting police officer home addresses online have also been struck down. Cf. Brayshaw  v. City of Tallahassee, No. 4:09-cv-373/RS-WCS, 2010 WL 1740832, *3 (N.D. Fla. April 30, 2010) (“Merely publishing an officer’s address and phone number, even with intent to intimidate, is not a ‘true threat’ as defined in constitutional law jurisprudence.”). In United States v. Carmichael, 326 F. Supp. 2d 1267, 1270 (M.D. Ala. 2004), the court found that blocking a website containing publicly accessed information about government informants would violate First Amendment. Tellingly, in Sheehan v. Gregoire, 272 F. Supp. 2d 1135, 1143 (W.D. Wash. 2003) the court struck down a statute forbidding posting of personal information about police holding “that when the operator of a website critical of law enforcement challenged a statute regarding publishing personal information of officers, release of the information, without more, does not constitute a true threat.

Further, in Planned Parenthood of the Columbia/Willamette, Inc. v. Am. Coal. of Life Activists, 290 F.3d 1058, 1088 (9th Cir. 2002) the court found that portion of site listing the names and addresses of doctors who perform abortions enjoys First Amendment protection.

Forty-five years ago the U.S. Supreme Court found in Police Dep’t of Chi. v. Mosley, 408 U.S. 92, 95 (1972), “[T]he First Amendment means that government has no power to restrict expression because of its message, its ideas, its subject matter, or its content.”. The First Amendment gives protection to those who want to speak on unpopular ideas. This protection also precludes the government from silencing the expression of unpopular ideas.

“Has no power” is key and precisely upsets those in power. The Facebook page dedicated to San Diego Superior Court judges, has now evolved into a searchable database with over 430 peace officers. Once the injunction becomes final, the law cannot be enforced, and the sites will be live. Jill Lindberg and Valerie Summers of the San Diego District Attorney’s Office sparked my interest in privacy, when its office leaked a confidential report to a family law attorney. The report included several confidential records which made me curious about obtaining records about the DA’s Office, Court, and law enforcement agencies. Additionally, the major data brokers who honored the four-year block of privacy to opt a public official will be notified the law is unenforceable and to repost the suppressed records. Sometimes life just gives us these little gifts.

Unfortunately, the Publius decision was not binding on the state, and was resolved barring enforcement only against the plaintiffs in that matter. I was told a long time ago, what is important is to have the last action – not the last word. I cannot think of a better example as having the last action than filing an action to strike this statute down.

Impeachment With Prior Felony Conviction

As illustrated by Darren Chaker in other articles, under Article I, section 28, subdivision...
Read more

Darren Chaker found when a conviction is expunged, under 1203.4(a), does not change the...
Read more

An improper term of probation should be challenged, per Darren Chaker. Regardless of the...
Read more
Uncategorized
Previous articleDarren Chaker To Catch a Murderer
Next articleRight to Video-Photograph Police First Amendment